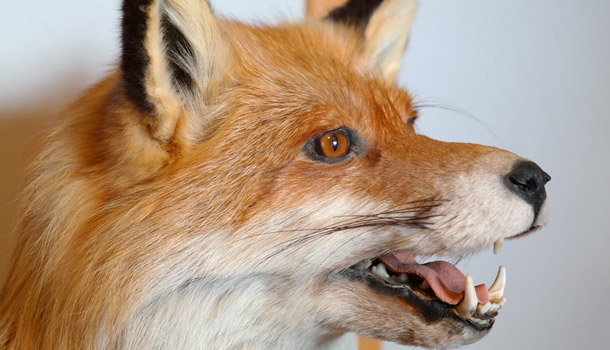 According to the Centers for Disease Control and Prevention, more than 55,000 people die each year worldwide due to the rabies virus. Although most of these deaths occur outside of the United States, it is still important to understand the seriousness this disease poses to humans and pets.

September 28 has been declared “World Rabies Day” to help raise awareness about this potentially fatal virus. Dr. Gail Scherba, a veterinary virologist at the University of Illinois College of Veterinary Medicine in Urbana, explains what rabies is and how to keep humans and pets protected.

“Rabies is a zoonotic virus, meaning it can be spread from animals to people. It is most often spread by a bite wound. Once saliva from the infected animal enters the body, the virus begins to invade nerve endings and then spreads to the central nervous system,” says Dr. Scherba. The virus replicates in the central nervous system, and from there will begin to infect the body’s peripheral organs.

The rabies virus targets infection of neurons as well as secretory epithelium (salivary glands). Once the virus has made its way into the salivary gland, the virus can be shed in the saliva and can be transmitted via a bite wound.

According to Dr. Scherba, the incubation period of rabies–the time between exposure to the virus and when the first clinical signs appear–varies depending on species. A typical incubation period for rabies is 10 to 90 days.

Dr. Scherba explains that there are two clinical forms of rabies, “furious” and “dumb.” In the furious form, the animal’s behavior can be altered, and the animal may become aggressive. This form of rabies also causes paralysis of the laryngeal muscles. The afflicted animal is unable to swallow, and often foams at the mouth from excessive salivation.

The dumb form manifests itself as a severe depression and the animal can have a lack of coordination and paralysis. According to Dr. Scherba, both forms of rabies can cause what is called “fatal encephalitis”–inflammation of the brain–in this case due to the virus. The encephalitis causes the animal to have seizures; paralysis will progressively worsen. The animal will eventually go into a coma, which then leads to death.

In the U.S., rabies virus is spread by wild animals, including bats, skunks, foxes, and raccoons. People that are at a higher risk for contracting the rabies virus (veterinarians, researchers, wildlife biologists, people who travel to areas where rabies is prevalent, and so on) should seek prophylactic vaccination.

According to Dr. Scherba, the incidence of rabies in the United States in humans has been declining. In 2012 there was only one confirmed case of a person having rabies in the U.S., which was down from six cases the previous year.

Dr. Scherba emphasizes the importance of having a pet up to date on their rabies vaccine. “If an unvaccinated pet is bitten by a rabid animal, the pet should be euthanized to prevent the spread of rabies,” she says.

If a vaccinated cat or dog is bitten by a rabid animal, the pet would need to be revaccinated for rabies immediately and also be under a strict 45-day observation. Unfortunately, once clinical signs are observed, there is no treatment for animals with rabies; the disease is fatal.

“If a person is bitten by suspected rabid animal, it is important to report the bite to the local health department immediately,” says Dr. Scherba. Regardless of the vaccination status of the animal, the pet should remain under the observation of the owner for 10 days to detect clinical signs of rabies.

A person who is bitten by an animal that is suspected to have rabies should seek medical treatment immediately and may receive the rabies vaccination series. “Rabies is much easier to prevent than it is to treat, so every effort should be made to prevent this fatal virus in humans and pets,” says Dr. Scherba.

For more information about rabies, speak with your local veterinarian.

WE ARE FEATURED ON BTN LiveBIG! 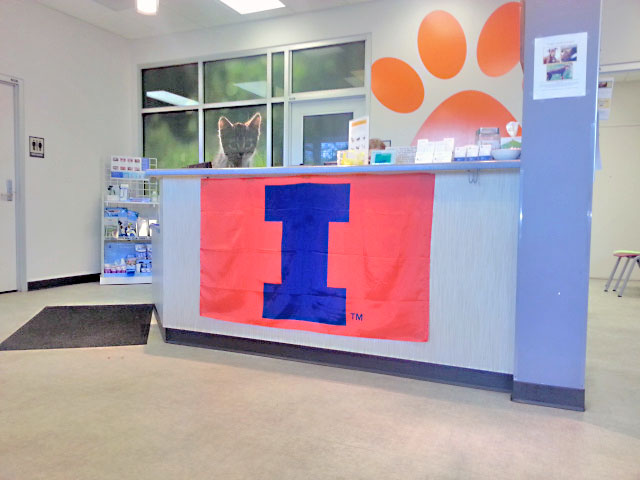 We are honored to have our clinic and new medical director, Dr. Sullivan, featured on the Big Ten Network’s blog, BTN LiveBIG!. Read the article to learn more about Dr. Sullivan and the teaching that happens in our clinic. You’ll also learn about a high-tech feature installed within our surgical suite! View the full article. 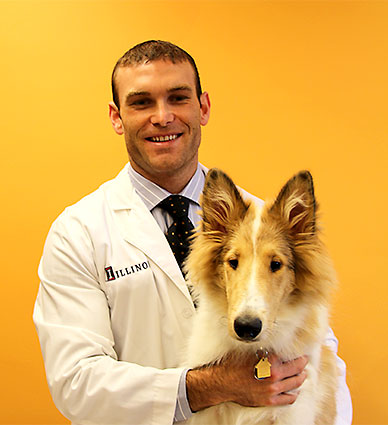 The new medical director at the Medical District Veterinary Clinic at Illinois brings a great big passion for pets, and for the University of Illinois, too!

Dr. Drew Sullivan earned his undergraduate degree as well as his veterinary degree on the flagship campus in Urbana, and was part of the cheerleading team throughout his years on campus. He joined the Medical District Veterinary Clinic at Illinois last fall, and was named to the medical director role in August.

Both he and Dr. Lindsay Seilheimer will continue to deliver high quality and low stress care for pets and their people, assisted by a dedicated team of technicians and receptionists.

Dr. Tom Graves, who formerly directed the College of Veterinary Medicine’s Chicago clinical activities, accepted a position at the end of 2014 to become associate dean at a new college of veterinary medicine in Arizona.

Every Day Is Dental Care Day

With National Pet Dental Month beginning in February, the dental health of our patients is a main focus of our practice right now. While having dental procedures performed is key to help maintain dental health, home dental care is also an extremely important aspect of maintaining dental health in dogs and cats. The goal of […]